Bill's new camera is driving Joe nuts.  No models allowed in this episode.  Joe gets angry at Bill for not leaving comments on his YouTube channel and at him playing PSVR.  POS.  Bill thinks Joe has no domestic responsibilities.  Bill goes to watch Avengers Endgame by himself and still ends up having people around him.  Thoughts on the Dark Phoenix trailer.  Bill's crazy theatre seats and experience.  Bill gets his dad and sister to play PSVR for the first time.  Joe's Mother's day and parents birthday weekend extravaganza.  Lotus' corner. 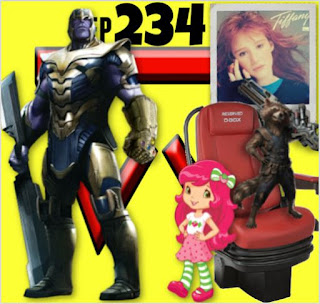